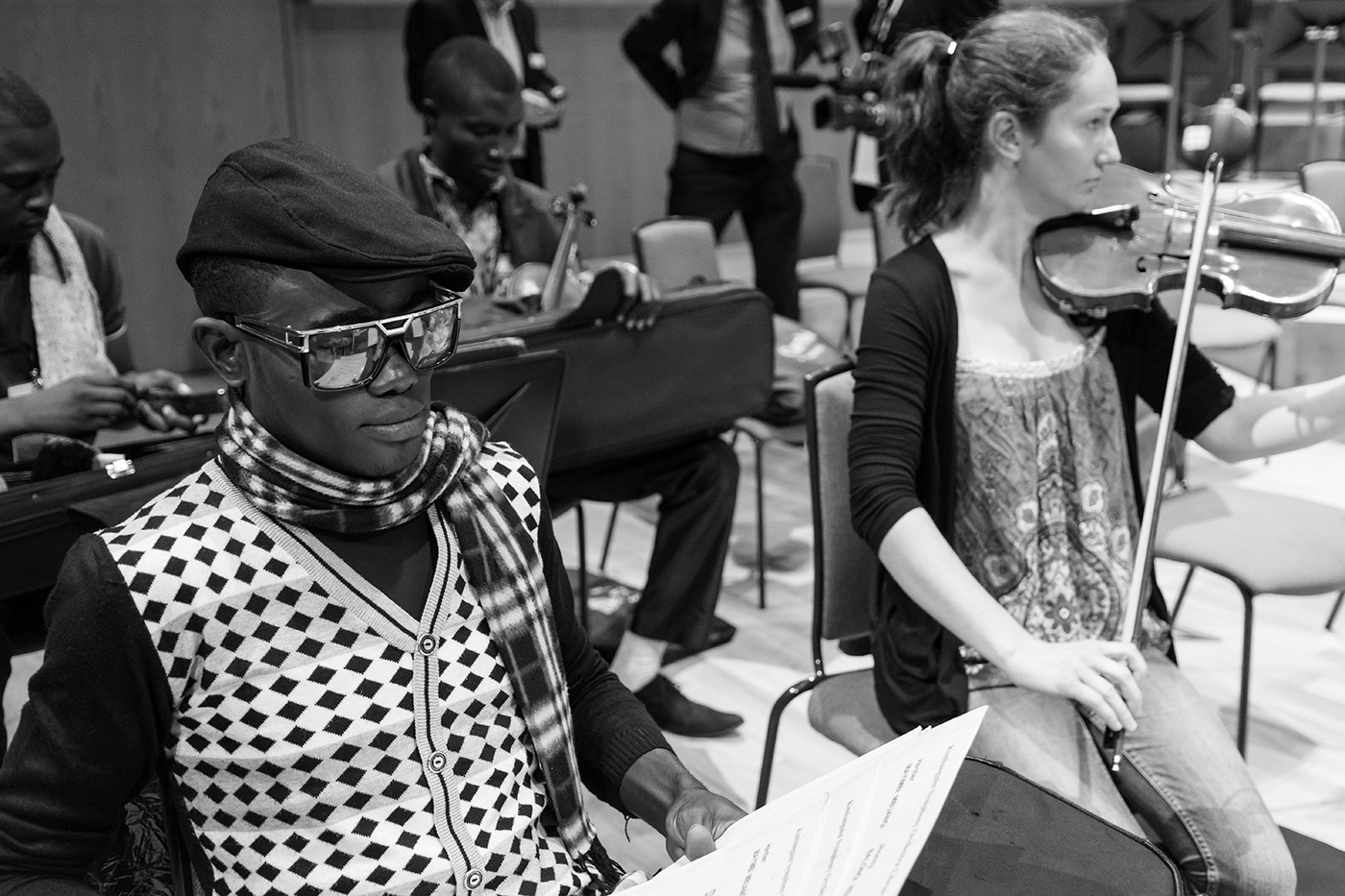 I met Armand Diangienda, the Founder and Music Director of the Kinshasa Symphony Orchestra, in London in May 2013. He was in town to receive honorary membership of the Royal Philharmonic Society, in recognition of services to music. Like all those who meet Armand, I was struck by his passion, tenacity and energy. A former airline pilot and self-taught musician, Armand followed his dream to create the Kinshasa Symphony Orchestra (L'Orchestre Symphonique Kimbanguiste) within his local community in Kinshasa, the capital of the Democratic Republic of Congo. Armand named the orchestra after his grandfather, Simon Kimbangu, a healer and preacher, and the founder of Kimbanguism, Africa’s largest independent church.

Statistically, Kinshasa is one of the poorest cities in the world. The country was on the brink of civil war when the orchestra was first established in 1994, but the opportunity to play music together became an act of hope and resistance. In those early days of the orchestra's life, musicians would walk for several hours after work to play in a make-shift rehearsal venue, often sharing instruments, and playing from orchestral parts that had been hand-copied from the conductor's score.

Armand explained that for members of the orchestra, being part of this musical community was a shared endeavour and a source of pride. "Above all, the orchestra gives the musicians hope", he said. "Through their work they have been made to feel important, to feel considered, to feel responsible. When you feel useful and responsible, then you feel like taking part."

The Kinshasa Symphony Orchestra and Choir toured to the UK for the first time in Summer 2014. They gave concerts at Bridgewater Hall in Manchester, Colston Hall in Bristol, and Southbank Centre in London. They performed with musicians from the Hallé Orchestra and Choirs, the BBC Symphony Orchestra, the BBC Concert Orchestra, Southbank Sinfonia, the National Youth Orchestra of Great Britain, the London Philharmonic Choir, and Bristol Choral Society. The composer and animateur Eugene Skeef led an inspiring workshop programme with Bristol Plays Music, involving members of the Kinshasa Symphony Orchestra and young musicians from Bristol. The BBC commissioned a full-length documentary about the tour - Congo Calling: An African Orchestra in Britain.

These photographs were taken over the ten days I spent with the orchestra, during which I was able to document many different aspects of their UK visit and this extraordinary tour.