Competing Against the Odds 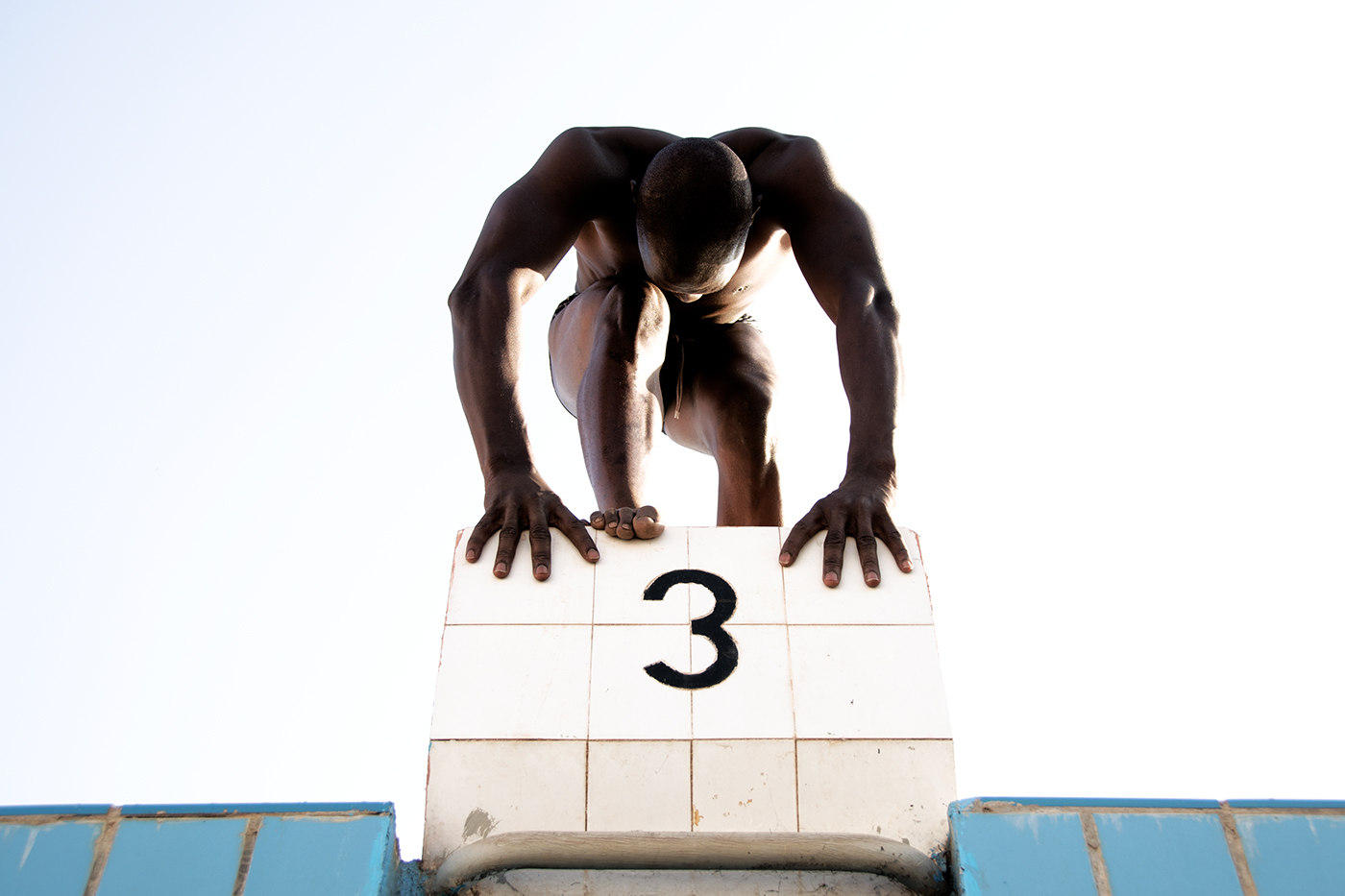 Bamako’s Olympic-size swimming pool at the Modibo Keïta Stadium was built in the late 1960’s by the Soviet Union for the 1969 All-Africa Games. The impressive, Communist-style structure lay empty for years, having fallen into disrepair, but it was renovated with Chinese funds and re-opened in 2010, as part of the 50th Anniversary of Mali's Independence.

Less than a year after the grand re-opening, however, the pool was closed once again, due to lack of resources for its upkeep, leaving the Malian National Swimming Team with no option but to train as best they could in a small, private pool on the outskirts of the city.

In December 2011 I met with the team's coach and some of the swimmers, and we talked about the idea of a photo shoot at the dry pool. The tiled concrete basin was eerily quiet and uncomfortably hot. Faded lane dividers lay in a heap gathering dust, and the harsh afternoon sun created deep, playful shadows.

The following morning I accompanied the swimmers to their daily training session. At the poolside the young men mixed protein powder with milk in a large plastic barrel, to supplement their diet and support their demanding physical schedule.